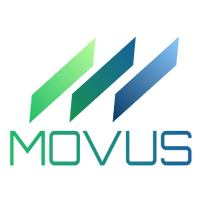 Our team has worked in projects covering every continent

Our team members have worked in projects in every region for IOCs, NOCs, and independent companies

It is a pioneering paper about the integrated digitalization of oil fields under Enhanced Oil Recovery, which forecasted a very atractitive profitability dveloped the workflows and conection schemes, showed the available supporting technology and the change management required.

This is the latest saga paper by these two authors improving analytical modeling tools to history match and forecast oil and water production rates. The developed unified approach considering the viscous-oil effect significantly enhances reliability when estimating oil recovery for stable and unstable waterfloods, thi sis in the full range of oil viscosity and water-oil permeability..

This paper shows the state of the art of Field Developing Planning optimization using smart algorithms and stochastic techniques. It demonstrates the substantial benefits of three optimizations accomplished by the authors in different projects for reservoirs with large properties variations.

Lithofacies Classification for Earth Modeling: Letting the Data Speak For Itself

The new approach to rock typing presented in this paper is compatible with modern earth modeling methods and can improve drilling success by highlighting areas with more favorable rock properties. The sequence in which individual methods are applied is important in this workflow. Assumptions regarding distributional properties of the individual data elements are not required. Experience shows that this workflow provides improved understanding of lithological variation over the volume of interest, increasing the probability of better well performance.

Tools To Manage Gas/Condensate Reservoirs; Novel Fluid-Property Correlations on the Basis of Commonl

Certain fluid properties are required for studies related to management of gas/condensate reservoirs or prediction of condensate reserves. Often these studies must begin before laboratory data become available, or possibly when laboratory data are not available. Correlations to estimate values of these properties have been developed that are based solely on commonly available field data.
These properties are the dewpoint pressure of the reservoir fluid, changes in the surface yield of condensate as reservoir pressure declines, and changes in the specific gravity of the reservoir gas as reservoir pressure declines. No correlations based solely on field data have been published for any of these properties.

This is the first chemical EOR paper published about using automatic stochastic machines, which incorporates smart algorithms. It demonstrated Net Present Values increase up to 30% compared to traditional numerical simulation and the capability of finding a large number of feasible scenarios with the associated risk quantification estimation.

When Shell began an ultraheavy-oil development in Alberta, Canada, the field plan was based on manual pad positioning without consideration for surface hazards, trajectory constraints, or injector/producer slot requirements arising from the prefabricated-pad configuration.

The analysis determined that 87 pads maximized the value of the field when 42-slot configured pads were considered. Additional studies determined that when 50-slot configured pads were considered, more than 99% of the planned reservoir targets could be drilled from 72 major and four or fewer minor pads. In either case, a significant reduction from the original 98 pads was realized. Through the combined efforts of Shell engineers and third-party consultants, as well as the use of state-of-the-art software, this optimization was completed in only 8 worker-weeks.

This paper describes the software and processes used to reduce Shell's estimated field-development costs and to minimize the environmental effect of the field by reducing the number of pads required.

This paper reports performance results from gravel packed horizontal wells completed in the East Wilmington Field. In addition, techniques applied elsewhere are reviewed. The conditions that must be met in all displacement techniques to ensure a successful completion are outlined, as will the benefits and drawbacks of each of the commonly applied methods. Guidelines for selecting a wellbore cleaning procedure to employ in specific situations are provided.

This paper addresses the popular question of using a successful hybrid reservoir production as an analog for the development and production of hybrid reservoirs in other basins of the world. Two of the tight reservoirs from North American oil & gas fields are analyzed as case studies to determine the key factors in reservoir evaluation and completions that drive success for long term production.  Menon, H. and Hull, R. (2018)

An integrated methodology combining clustering analysis techniques, geostatistical methods and evolutionary strategy technologies was developed and applied to an area in the SACROC Unit (Permian basin). Clustering methods were applied to well logs and core data with high vertical resolution for many wells to predict porosity, permeability and rock type. Geostatistics was applied to extend the characterization into the inter-well area. Evolutionary strategies were used to refine the characterization to match historical production performance.

Reservoir Modeling and Simulation of the Devonian Gas Shale of E. Kentucky for Enhanced Gas Recovery

This paper describes the reservoir modeling and history matching of a Devonian Gas Shale Play, eastern Kentucky, its potential for CO2 enhanced gas recovery and storage.  Menon, H. and Hull, R. Schepers, K., Nutall, B., Oudinot, A., and Gonzalez, R. (2018)

Systems and Methods for Improved Positioning of Pads